Water is perceived differently according to local culture, history, beliefs, issues and priorities.
We intend to travel from January to August 2014 and meet local populations in order to discover the way people and water interact throughout the world.

Our 52-minute movie will stimulate reflection on the way we consider water. The documentary aims at raising awareness about its rarity, and making people more conscious of the need to protect, preserve and save it. The film will be available free on the internet, on television networks, in festivals and schools.

NEWS
To follow our latest updates, we invite you to visit our public Facebook page.
We will be travelling to countries where perception and usages of water differ greatly: Namibia, New Zealand, Indonesia, South Asia, China, Nepal, Argentina, Botswana...


Why make this film?
We can never say it enough: the lack of drinkable water will have much larger consequences than the lack of oil or other fossil fuels. The source for everything and present everywhere, water is essential for life on Earth. Our aim with this film is to sensitize people - westerners and children - to better respect, preserve and save water.

Water is consumed differently depending on the country’s development. An American uses between 400 and 600 liters of water per day, a European uses 200 liters, while an African survives on less than 30 liters a day.

(Sources : CNRS -  World Water Council)
Despite the fact that the Earth is covered in water, its presence is unequally distributed from country to country. In addition, the amount of easily obtained potable water is infinitely smaller than the volume of water on the planet. For more information on this subject, please check out this striking scientific graphic.


The project
We are going to travel all over the world for eight months (January to August 2014) to meet people from countries with very different water-related situations to reach a better understanding of water use and their perceptions of it. 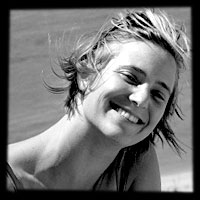 Perrine Chauvin
Agricultural engineer specialised in water management
Perrine has travelled to many countries to work on agriculture. She has studied among others the traditional operation of an irrigated area in Morocco. She is currently a project manager in river water management. Perrine is also a paraglider, mountaineer and rock climber. She speaks English, German and Spanish fluently and has a strong base in Nepali and Berber. Her specialty in international water management has taken her all over the world: six months in Morocco, six months in Argentina and six months in Mexico. She has also lived three months in Nepal and Guatemala. 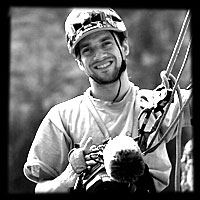 Guillaume Broust
Filmmaker, editor, photographer
Guillaume has more than ten years of outdoor film-making experience in the most far off, extreme locations in the world: winter blizzards in Scotland and Norway, lost in rural Bhutan and China, perched on rock faces in Canada and Mexico or flying over the Moroccan desert. Guillaume has a solid background in visual communication, speaks English and is at home behind his camera under any conditions. He has been awarded in many festivals (USA, Canada, Russia, Slovakia, Spain, New Zealand), and total over 4 million views online. Here are some of his achievements.